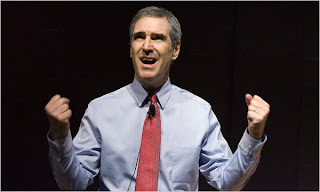 Stephen Harper has laid the blame for Canada's first ever defeat in the United Nations at winning a Security Council seat at Michael Ignatieff's feet.

Yeesh, what next? Will they blame Ignatieff for Canada being kicked out of the United Arab Emirates with the expulsion of all Canadian military from Camp Mirage?

This week has seen some of the biggest foreign policy failures in recent Canadian history and somehow this is all Michael Ignatieff's fault.

The policies that Harper has followed over the last number of years is what foreign governments are most likely to pay attention to. Harper is looking for a scapegoat for not winning a seat. I think even the most faithful supporters are going to have a hard time believing that the opposition leader is responsible for a first ballot loss on the Security Council.