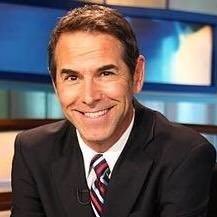 At one time CBC News in Winnipeg was number 1. CKY and later CKND and much later than that MTN were way behind in the ratings. Garth Dawley read the news from 1970 to 1983 and CBC was solidly in front. In 1983, CBC enhanced that success with the changes both nationally and locally. The National and The Journal had moved to 10 PM and the Winnipeg 24 Hours supertime broadcast had Sandra Lewis in 1985 and Kevin Evans in a solid combination that dominated the 1980s news. Often full length 24 Hours documentaries from Winnipeg would headline The Journal. The product being produced was that good.

CBC would tinker with the format nearly non-stop from 1990 to 2000 due to cutbacks or news format changes such as the Canada Now experiment that tried to place a national news broadcast at the supper hour. That experiment extended to the national news moving to 9 PM with poor results till it moved back to 10 PM.

Sandra Lewis would move on and the news in Winnipeg would be anchored by Diana Swain from 1995 to 2000 with some maternity leave breaks in there as well. It was around 2000 when Swain left that the local news in Winnipeg switched. It was no longer number 1 in the market. They stuck it long term with some familiar faces that were not headed off to Toronto like Lewis and Swain. It was a bit of a revolving door after that. Krista Erikison and Jennifer Rattray along with some fill in anchors for seven years with multiple format changes with Canada Now.

Meanwhile, CKY stuck to its knitting. They brought a reporter called Gord Leclerc in 1995 and in 2002 he became the news anchor. The one format remained intact and they allowed for community personalities to evolve. Sylvia Kuzyk in weather gave a sense of continuity. Janet Stewart as Leclerc's co-anchor and John Sauder would add to 6:00 PM lock on number 1 for CTV News.

In a uprising change though, Janet Stewart left CTV tin 2006 to anchor CBC News at Six in January of 2007. She would not make the move alone, John Sauder who had also been at CTV since 2000 would also join the CBC broadcast team in 2007. Sauder was a well known commodity for Winnipeg for being the pilot and traffic reporter for Winnipeg from 1984 and flying at "Captain John" for decades. Alas, Stewart and Sauder were not able to break the stranglehold CTV had on 6 PM news. However, you could say that a partnership was more solidly worked out with the radio division using TV news people that has helped CBC Radio One achieve number 1 status in Winnipeg and across the country.

Leclerc at CTV would be eventually joined by Maralee Caruso in 2007. Caruso was a veteran of the newsroom since 2001. Together, the two anchors continued CTV News at Six dominance despite the efforts of CBC to re-take lead with Stewart and Sauder.

In 2019, CTV News in Winnipeg unceremoniously dumped Gord Leclerc and wiped him from website. It was described purely a budgetary matter. All of the past years has seen CTV cutting staff. They're not the only ones. CBC across the country wielded the hatchet this week, mostly in Toronto.

After nearly 25 years, Leclerc was erased from the news. Were it not for his industry friends, it is likely no one would have known the day it happened. Not even an acknowledgement the broadcast took place. Maralee Caruso continues to be solo anchor but it must have caused a chill for all of CTV Winnipeg. The rumour has been that the network has been interested in maybe cutting even more.

The years of community engagement and charity work counted for nothing. And while it is a business, it is a pretty cruel one. The chasing of ratings and advertising money has meant people come and go. However, it is worth noting that Leclerc helped them achieve and maintain number 1 in the market. The very stability and consistency that made CTV number 1 might tip the tables back in favour of the CBC News at Six program.

Can a job offer from other media in Winnipeg for Leclerc be in the offing? Or will all those years of community engagement bring other job offers.

Still, if CBC really wanted to stick CTV in the high, they would hire Gord Leclerc.
Posted by John Dobbin at 10:20 AM

It's all about money. It is so sad. If we don't podcast , watch T.V.or computer on C T V . Hopefully they will consider Gord Leclerc as a valuable person. He should get a hefty severance from C T V ....Lynne and Crystal

After being a loyal ctv news listener for 20 years I have switched to CBC and am enjoying Janet Stewart. Bad move letting Gord Leclerc go ctv. You've lost a lot of loyal watchers

I have left CTV news. Without Gord CBC is the better program.

I'm not a fan of ctv anymore!

Bell cares only about the bottom line, it's shameful how callus they are towards loyal employees.In the end they are losing viewers as a result, when it's all about ratings and dollars the downfall of Bell is imminent.
Karma will prevail in the end.

This is such a shame. The news is just not the same. Who is next???? We are done with CTV and now will watch CBC.

Can't say I'm surprised. Gord had a strange cadence when reading sentences pausing and breathing in weird places, then ignoring periods and combining the end of one sentence with the beginning of another. He could never get through a single sentence without screwing up the pronunciation of at least one word per sentence. What a disaster.

Ctv not the same without gord leclerc...his broadcasting came off as so genuine...the 1200 and 7pm not the same...I am 34 years old and not liking the change...harsh that he was laid off...

I don't watch CTV News anymore. Not the same without Gord. I don't care much for Maralee

Yes they laid off the wrong person but you can't fire women today. CTV is so left wing socialist, INDIGINIOUS loving that they are not worth watching anyway.


Corporations are cruel and people are disposable. I have worked in the industry for 37 years and have seen it all happen right in front of my eyes.

So agree. It was painful to listen to him when there is so much good talent. Wish Sylvia was back though.