Bed Bath and Beyond in Grand Forks to Close Thanksgiving 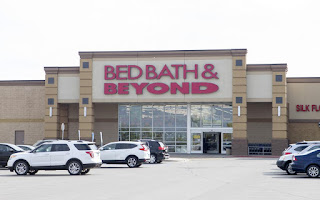 Grand Forks and Fargo have to be wondering when it ends. One retailer after another is closing in their cities at a pace that is breathtaking. And now another has announced it will be closing in Grand Forks. Bed Bath and Beyond has given U.S. Thanksgiving in November as a timetable of its closure.

There will be 20 workers affected by the closure which has been blamed on a failure to renew a lease on land adjacent to Columbia Mall. Stores in Fargo and Bismarck will remain open. The store has been a fixture of Grand Forks and a favourite for Manitoba shopping for 18 years.

Trips by people to North Dakota and Minnesota the most recent long weekends have been greeted with shock at the devastating closures. They don't even come close to what has been happening in Canada.

It would appear that West Acres in Fargo and Columbia Mall in Grand Forks are trying to re-vitalize their malls with with so many store closures, it won't be retail that fills all the spaces.

Meanwhile in Winnipeg Grant Park, Northgate, Garden City and Kildonan Place have all gone through or are going through major upgrades that fill lost retail space from the last three years.
Posted by John Dobbin at 8:59 PM