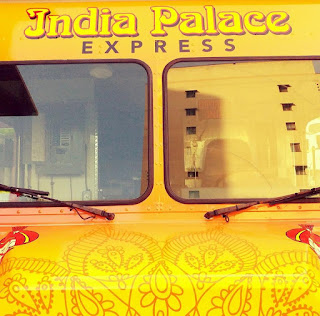 Palatal Express has been closed at 3128 Portage Avenue for a bit now. It one is several closed restaurants along Winnipeg's main corridor. There are a wide variety of reasons for the closures. Families retiring from certain locations such as Mandarin or declines in popularity such as Robin's. Some other such as Gasthaus Gutenberger closed in the last two years without much explanation despite being around since the 1990s.

The restaurant business is tough and even some powerful players such as Stella's have been stung by the popularity of Skip the Dishes. Restaurants that have big rent increases or two many locations can be lose business quickly or find the margins too tight. Sometimes certain foods just lose the public's flavour.

With three other locations for Palatal Express in the city, it might have been overkill to operate a fourth location, especially just pick up and take out joint. It also might be that Mongolian was just not a big pull in St. James. Whatever the reason, a prime location near Grace Hospital became available but not for long.

Take pick up and take out format continues but it has become a location for Indian Palace Express. Owned presumably by the same family that owns India Palace on Ellice as was the Indian Place Express food truck.

There is no doubt that Indian food has continued to enjoy popularity in Winnipeg while some European has seen some decline, especial French and German fare. It is possible that this Indian restaurant location will hit the spot in St. James. 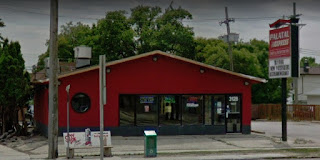 As housing and commercial rent prices go up, I suspect we will continue to see a re-think of much of the Portage Avenue strip as it extends from West End to the Perimeter. It is not unfair to say that much of the commercial building stock could stand a re-fresh. Expect to see some of the new entrepreneurs do exactly that in the months and years ahead.
Posted by John Dobbin at 10:53 PM

Excited to try out the new indian place! Glad there's finally something in St James besides Chinese (not that I'm complaining I love chinese food)