There was talk about it in July at a zoning meeting but no major announcement till now that a major fitness center was set to be built in Bridgwater. It will likely be the second largest fitness facility in Manitoba at 80,000 square feet and costing $30 million. The largest gym in the city in the University of Manitoba's Active Living Centre at 100,000 square feet.

Bridgwater is one of the fastest growing parts of the city and as such, there is growing demand for services and shops. There have been complaints about the lack of city provided recreation in the area. Local officials have assured that this won't be left completely to the private sector to provide.

The Altea appears to be a branching off by the principals of the Movati Fitness group from Ontario. David Wu and and Michael Nolan have been spokesmen  in regards to the company. Nolan was once Canada's most decorated decathlete till retire a number of years ago. 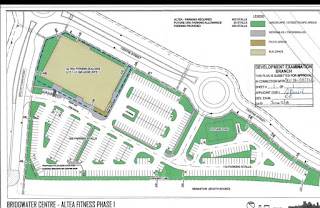 The three floor gym is aimed at families. No price point has been suggested yet but back in July it was indicated that it was in the range of Winnipeg's YM/YWCAs.  The amenities will feature a all women's fitness area, a children's play area, a saltwater pool and splash pad, climbing wall, yoga, weight room and cardio, a Himalayan salt inhalation room, skating and a ninja course. 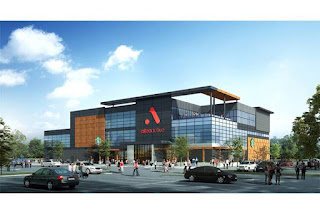 The competition for fitness members is likely to get heated between Shapes, Goodlife and Altea in the next several months. And this can only be good for everyone in Winnipeg.
Posted by John Dobbin at 8:24 PM