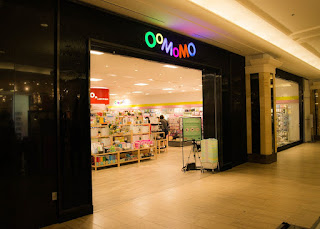 Ooomomo, a Japanese retailer has confirmed they are coming to Manitoba shortly and maybe close to a deal for Polo Park coming this fall. In 2017, the first location opened in the West Edmonton Mall and a second is shortly following. The company plans are for two dozen or so across western Canada including in Winnipeg.

The success of other Japanese retailers has inspired Oomomo which is Japan's equivalent of a dollar store. The actual price range for products will be about $3 largely made in Japan and high quality given the price.

A market for Japanese products that are cute, innovative and fun had existed for some time and the company would like to see stores in high traffic malls and sell around 20,000 different items. It isn't seen as a direct competitor to dollar stores as the products are so different.

The stores are largely seen as a draw for younger mall shoppers who are less likely to go stores their contemporaries did if they go at all. In this regard, a mall like Polo Park would fight had to attract such as a store as it would for say, an Apple retail outlet. The opportunity to have one of a kind stores like Apple, Disney, Lego is a big draw even in the online world.

Expect to hear announcement of Oomomo's opening sometime in the next while.
Posted by John Dobbin at 11:14 PM