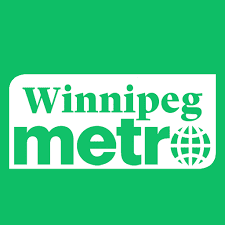 In a whirlwind it is over for the free newspaper Metro Winnipeg. This morning it was sold by the Toronto Star along with over 20 other newspapers to Postmedia, owner of the National Post. Immediately, Postmedia announced the shutdown of the majority of those paper including Metro Winnipeg.

Most of the newspapers are in Ontario and around 250 jobs will be lost as a result of the closure. It is uncertain how many jobs are affected in Winnipeg although to be sure there will be a number of full-time jobs gone.

Metro was not a detailed newspaper but it had few local and outside the region stories that made it a quick commuter read. It also ran ads that did not appear in regular papers about local activities

It is uncertain if Metro Winnipeg ever made money and to sure it was a long reach for a Toronto Star publication  reaching into Winnipeg's market. However, since Postmedia owns the Winnipeg Sun, the addition of Metro meant the company would own two newspapers in the same market. Obviously this could not stand.

Postmedia shut down Metro to bolster The Sun. It could not be anymore plain and simple as that.

It remains to be seen if Winnipeg Sun will ultimately be saved by the move. Postmedia has been aggressive in removing staff and it is a wonder how the put the paper out. Truth is that all newspaper companies have been. One wonders in five years if there will be any print media left and if any local content will be produced.
Posted by John Dobbin at 9:38 AM