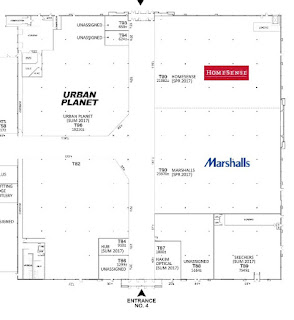 H&M has officially announced that they will be opening their second store at Kildonan Place in the summer of 2017. This comes on the heels of their 2014 Polo Park store which has met with great success.

The location appears to be across the hall from a large Urban Planet opening in the summer as well. The new wing occupied the old Zellers and Target space in the mall. Also in that wing appears to a Skechers shoe store and a Hakim Optical. HomeSense and Marshalls are the anchor tenants in that section.

This will be H&M's  84th store in Canada and second for Winnipeg. It will employ 35 people.
Posted by John Dobbin at 9:25 AM