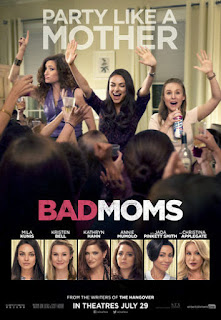 I'm not a movie reviewer in that I never attended journalism school or had classes in film history. Like the majority of people out there, I just love films. In the past, I wrote screenplays and even sold some but have had a career elsewhere for some time. What I continue to do though is write and blog. In recent years, Access Winnipeg has published on their website my writing. This has resulted in movie passes and other media invites that I've tried to attend.

Once again, I'm not so much a media person. I don't get paid for my opinion nor do I have an editor who checks for my many typos. Please let me know when I make an error. What I will try do from here on in is is provide either a preview or review of the movie I've seen. I'll try not to spoil any movies but give some background where I can and my honest opinion of what I saw.

I'd like to thank Access Winnipeg and all of you for reading even when it looks like I've been over tired. In recent months, the overall reads has come in at around 40,000 a month. Access Winnipeg is likely even higher than that.

The first review is for Bad Moms written by John Lucas and Scott Moore who cut their teeth on the screenplay for the Hangover.  In this movie, they also share co-director roles. To say these two men have a certain comedy style is an understatement. They have come to define vulgar, profane, ridiculous and outrageous comedy with few limits. What the writer/director team have not done to this point is a female drive storyline.

So how do they do after so many bad men, bad dads and funny movies making the switch to bad moms? They do very well. The storyline follows Amy (Mila Kunis) as a mom who is stressed to the max with two children in middle school, a job asking lots given that it is part-time and a husband who is less than helpful at home. The result of all this is an inevitable meltdown. She finds support from two other overworked moms Kiki (Kristen Bell) and Carla (Kathryn Hahn).

The break from conformity earns the scorn of the Gwendolyn (Christina Applegate), head of the PTA. She does not approve of Amy saying no to overachieving at school events such as the bake sale. Gwendolyn, assisted by her mean team of Stacy (Jada Pinkett-Smith) and Vicky (Amy Mumolo) try and stop Amy. The result is a hilarious battle for the PTA presidency.

The audience reaction to moms behaving badly was one of delight. The escalation of raunchiness rips a page from The Hangover and few men escape ridicule, scorn or contempt from the women unless you're a widowed, hunky man raising a child on your own.

The end of the movie is a case of wish fulfillment for the women in the the story. They all achieve some sort of peace in not being perfect but that this in itself brings happiness. Perhaps the male writer/director team has in fact captured what women want. It is hard to imagine The Hangover having such life lessons.

One feature worth staying through the credits if watching the actresses with their real life mothers taking about their childhoods and also about bad mom moments. A very nice touch.

No Oscars will be awarded this kind of movie but in a summer of re-makes, superheros, horror and the like, this movie may end up being a breakout hit.
Posted by John Dobbin at 12:10 AM