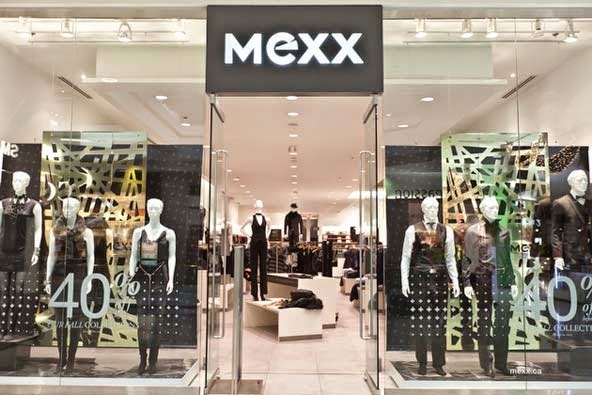 The Mexx store still had the new store smell in it when it open just prior to Christmas. Now it and the Kenaston location will be closing shortly due to bankruptcy. Earlier in the month of December the Dutch owners filed for financial protection and a decision was made to close all 170 Canadian stores.

The retail market has been a tough one. Just ask Target Canada how they feel about the losses they have mounted since opening stores across the border.

Mexx re-opened in Polo Park very recently to some fanfare but there was evidence elsewhere that the company was struggling with some store closings and a website that had been taken down and then when back up was not well maintained.

There should be no shortage of retailers wanting to jump on Mexx's Winnipeg properties at Polo Park and the one at Kenaston. Still, one wonders what the trend is in bricks and mortar retailing.
Posted by John Dobbin at 9:15 AM No comments: 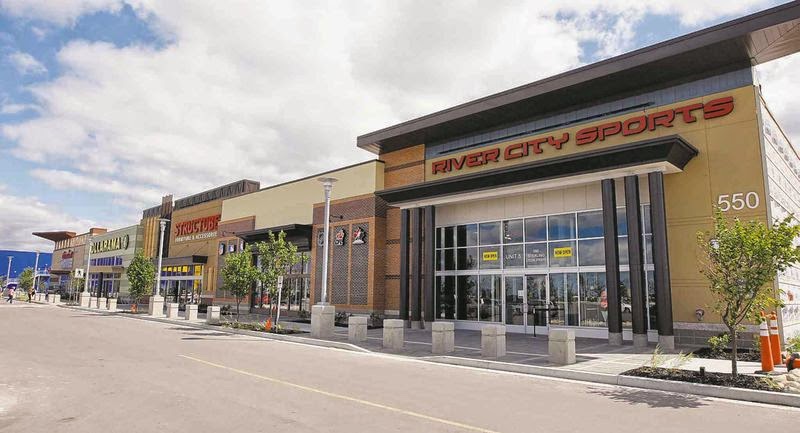 It seemed to be a can't lose location but River City Sports off Kenaston in Seasons of Tuxedo has been closed by the landlord. By some media accounts, they were not paying their rent and had been struggling for months.

The Kenaston location had been selected as the flagship location after the original Henderson Highway location was shut down.

River City Sports becomes the first retailer to fail at Seasons. Tucked in between IKEA and Cabela's, it seemed the location should have been perfect. This was not to be.

The additional retailers to be added in 2014 to the site definitely slowed and the focus turned to apartments of the south side of Sterling Lyon Parkway. The long awaited Lowe's is still not built. A continuation of planned retailing seems to have stalled.

So why the failure? In short, there has been a lot of retail built this past year. They 20 plus stores added to Polo Park and other stores built along Kenaston have spread out where new retailers are locating. River City Sports would never see others join it in the area and drive sales.

This could be a lesson for some retailers. The boom we have seen in retailers being added these last years could be mitigated by a saturation of the market and a slowing of the economy.

The focus of a lot of developers now is to ensure that housing goes up near their retail center and to this end, we see a lot of apartments and condos going up around Sterling Lyon.

The collapse of oil prices and the markets could signal a new recession. Is this one of the first signs for Winnipeg?
Posted by John Dobbin at 9:42 AM No comments:

A story in this week's Free Press talks about connecting university campuses to downtown and core areas of the city. Up until 1950, the University of Manitoba had a large campus across from the Manitoba Legislature consisting of science and arts buildings. The site is what we now know as Memorial Park.

Land was set aside in 1899 along Broadway in 1900 and a science building went up for classes. At the time, the Manitoba Legislative Building was not even in the planning stages.

There were fewer than half the elected officials of today so for some time smaller quarters for the government assembly were appropriate. 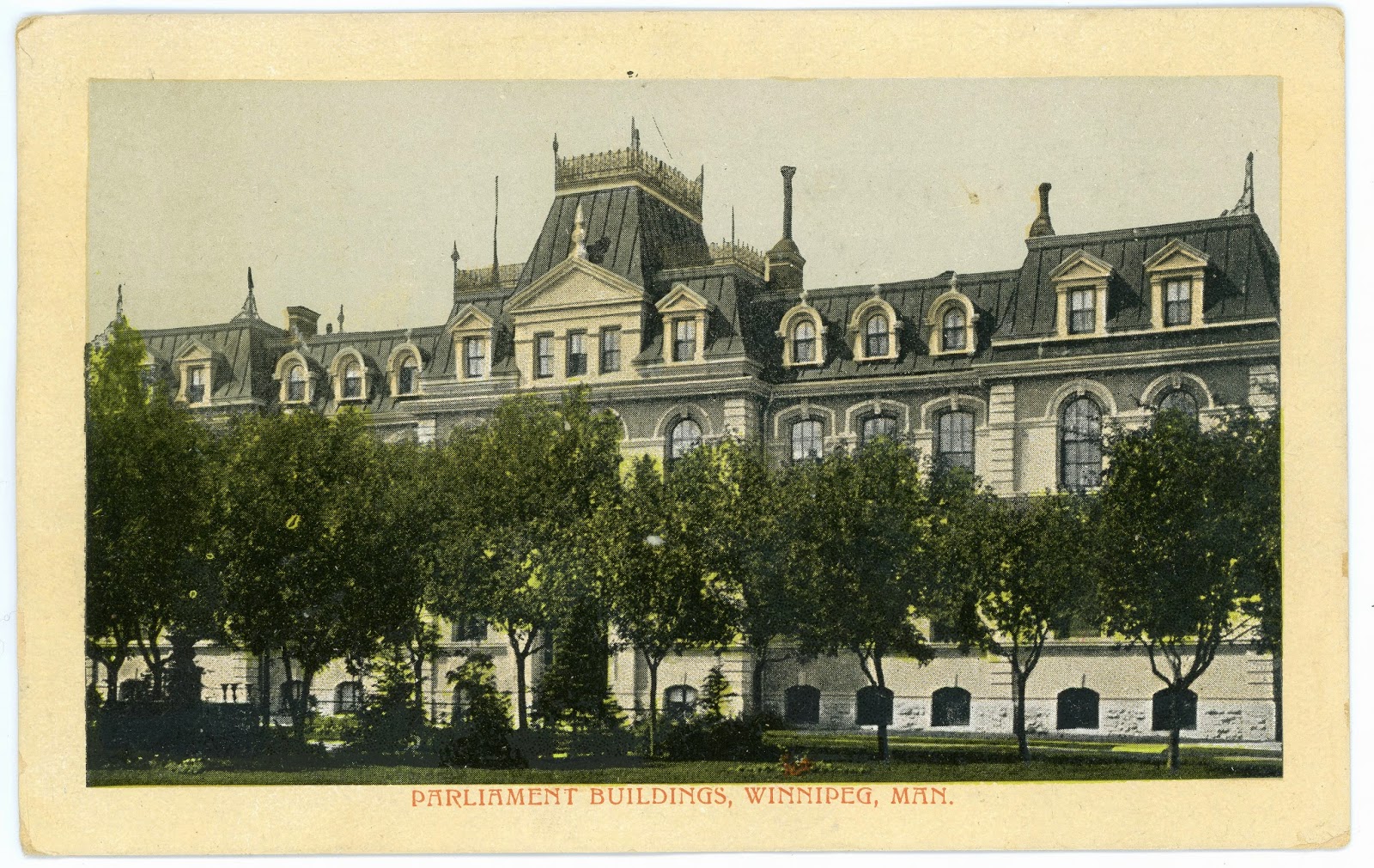 The Old Parliament Building on Kennedy was a handsome building and from the start, trees were planted and grew to make the site prettier. 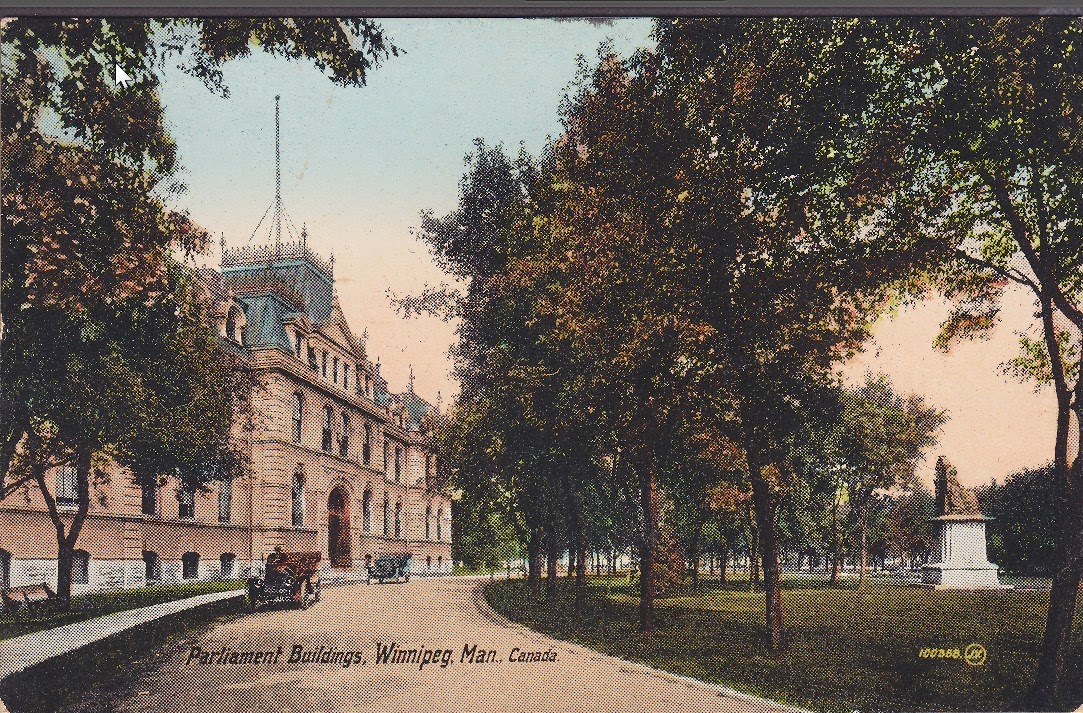 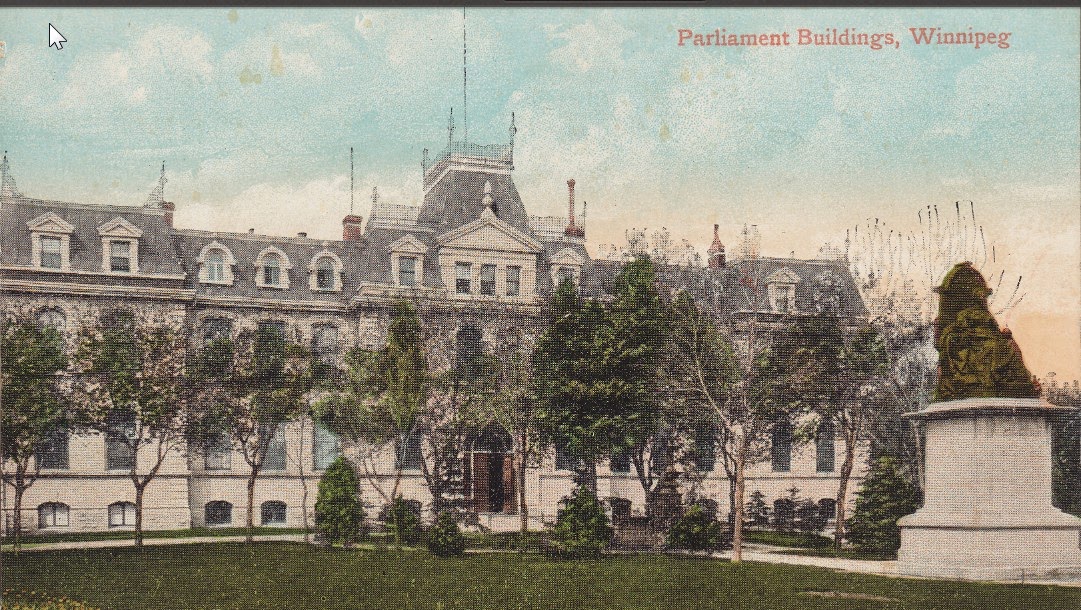 In essence, the science building by the University of Manitoba along Broadway was the first move by any institution to push downtown's boundaries westward. There was no Legislative Building and no Hudson Bay building. Those came 20 years and more later.

Provincial leaders dreamed of a Legislative campus along Broadway but the truth was that University of Manitoba builders had beaten them there years earlier.

Instead what happened was that the University of Manitoba continued buildings its downtown campus even as the Legislative buildings and HBC was going up north and south of it years later.

And the building went on and on for 50 years.

The University starting making use of other buildings downtown including the old courthouse.

Following World War II, enrollment at the University of Manitoba had exploded. The dream of having all colleges and departments together on lands fitting for a university campus proliferated. In truth, many of the buildings on Broadway were nearing the end of their useful lifespan without major work.

Financially insecure colleges really had no choice but join and become part of a larger grouping. It was also too hard to splits arts and sciences students between downtown and Fort Garry.

By 1950, the Broadway campus was abandoned and students moved to the expansive Fort Garry site of the University of Manitoba.

The provincial government occupied the former science and arts buildings until the 1960s when they started moving into other buildings that were being constructed along Broadway. By 1962, the government razed the building and twinned Memorial and built a park that has served for protest and celebration alike over the years.

For many people it is hard to imagine that large university buildings ever existed on Broadway. One wonders what it would have been like to have seen the University of Manitoba stay on Broadway and be the main campus. How fascinating would that have been? 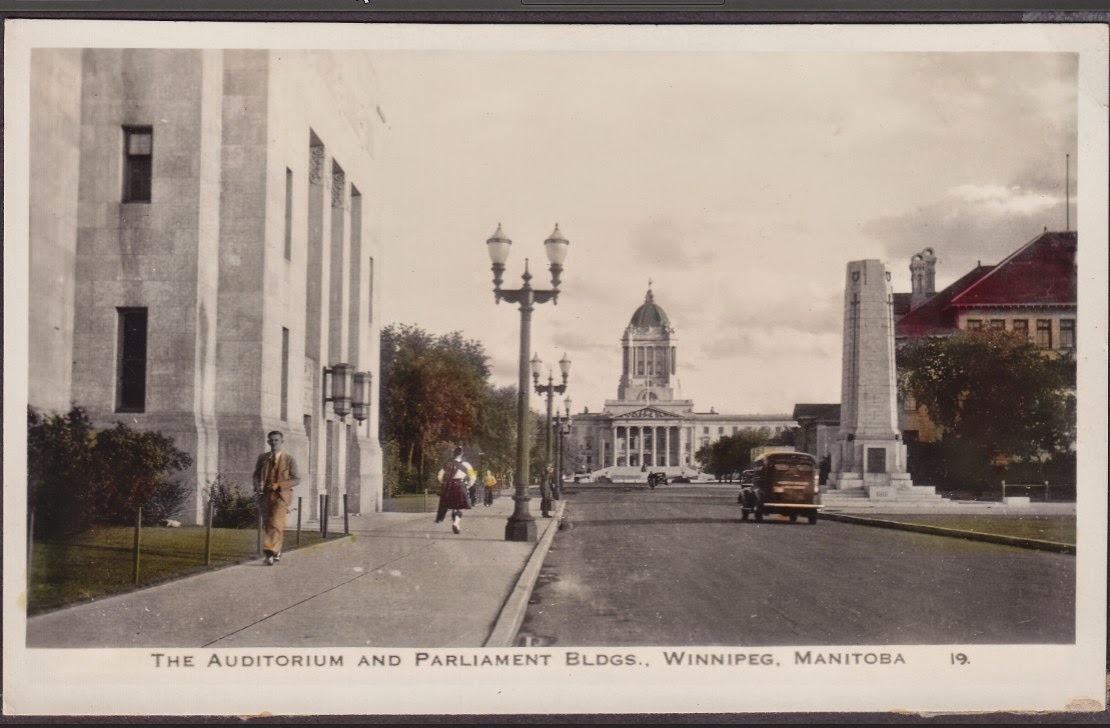