The Death of Much Music 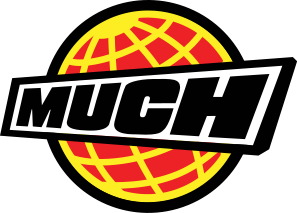 They say Much Music was cutting edge. But today it is struggling and fired almost all their staff and whine that they need to be free of music videos so they can do more MTV programming.

MTV was introduced to the U.S. in 1981. Within a year there was nary a bar in Canada than didn't have the astronaut bouncing around and showing music videos. The term VJ and the name Martha Quinn were known across the country.

The demand in Canada for MTV grew and the Canadian government took notice. The CRTC licenced Much Music in 1984. It was an expensive channel to add to your dial and many families didn't. From 1984 to 1989, it was not on basic cable. How big a move was it to place it on basic service? Well, it suddenly reached 5 million homes.

In short, Much missed a great deal of the 1980s audience because it was seen in fewer homes. Other networks like NBC and CBC with huge audiences reached far more young people in that decade than Much Music. Friday Night Videos on NBC ran from 1983 to 2002 and offered the best of the week in music videos. Video Hits on CBC started in 1984 and was a monster hit right out of the gate with its after school timeslot.

In 1984, MTV turned away from album oriented recording in favour top 40. It was the heyday of music video programming.

It would be unfair to say Much didn't have success at this time. It did. Some of their programming made it to affiliated networks. Kids in the 1980s were quite familiar with Electric Circus and other programs produced by CHUM and Much. However, that popularity was limited by not being on basic service.

For myself, music videos were something you saw on CBC daily and NBC weekly. Bars never stopped showing MTV throughout the 1980s because it was free on satellite.

The move to basic cable in 1989 turned Much into what it has always hoped to be in the 1980s. The 1990s Much Music was an industry that produced offshoots everywhere on TV, record album series and awards shows. It became part of the main discussion of Canadian music and can be said to have helped produce some of the superstars we know now. The Canadian content guidelines and assistance of artists in producing videos was a powerhouse of Canada all the time. It even spawned MuchUSA.

The 2000s were not as kind. In 2000, most Canadians still had dial up service at home for Internet. By 2004, the number of high speed Internet uses was equal. By 2010, the vast majority of Canadians had high speed.

In 2006, Much was purchased by Bell Globemedia. Eventually Bell assumed full control in 2013. The company has pushed for years to get out of producing music videos and has increased comedy and reality programming from MTV in the U.S. In this last week, they took a shot across the bow of the CRTC and pretty much fired everyone except a skeleton crew to keep the lights on and produce the minimum content required under Canadian law.

Did it have to be this way? No. High Definition TV has boomed since 2010. Much itself started broadcasts in 2011 in high definition. Can this high definition be found in Manitoba? No. MTS and Shaw cable don't have it. Think any kid wants to watch a broadcast in standard definition? There are large parts of the country that don't get Much in HD.

Bell would like to make money in broadcasting but they don't push for the best content or the medium to broadcast it in. Their sports network TSN was outbid for hockey for the next several years by Rogers. Can the lay-offs and whining be coming soon in regards to producing live sports events in favour of Rocky movies?

It is possible to run a network on basic cable and make money and not simply be an affiliate of a U.S. network. Yes. It requires originality and daring which is in short supply at Much right now. They might blame the CRTC but Bell seems poor at producing content.

One has to ask: why have Much when we can get U.S. MTV probably in HD? Ditto one might say on ESPN.

Music videos might be less appealing now than they once were. However, broadcasting them in standard definition earns you no friends or viewers.

Live broadcasting beats PVR, HD beats standard definition, original beats repeats. Do we have to draw a picture for Bell Media? It isn't that you need to beg to be released from your duties as a Canadian broadcaster. You can't say let us drop videos and just say we'll do affiliate work.

For too long companies like Bell have made lots of money on phone, cells, Internet and broadcasting and Canadians pay more for poorer service. Is Bell worthy of being a broadcaster in this country anymore. Tell us Bell... why should you still have a license for Much Music?
Posted by John Dobbin at 6:57 PM