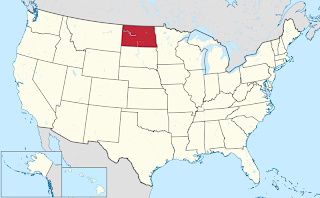 The North Dakota election is turning into a real dogfight with the decision of Senator Kent Conrad of the Democrats not to run. He is the last Democrat standing in the state at the federal level. Former Governor of the state, John Hoeven (R) is the junior senator for the Republicans elected in 2010 when an opportunity came for change when the former Senator Byron Dorgan (D) decided not to run. On the House of Representatives side, North Dakota's single seat is represented by Rick Berg (R) who defeated Earl Pomeroy (D) primarily over federal Obamacare in 2010. It was the first time that the Republicans would take the seat in 24 years.

North Dakota is not the state it was 20 years ago. It has taken major hits due to flooding both from the Red River and from Devil's Lake and struggled as an agricultural state with a small, spread out population. Events have turned and even in the face of a recession, North Dakota has arisen as the second largest oil producer in the United States. There is a new muscularity to the state as wealth flows in from deep wells in the once sleepy west side of the state.

From Manitoba's perspective, North Dakota has represented itself as a weekend destination for a vacation and shopping. It is a very long and friendly relationship albeit once sided. Not many North Dakota people head north for a holiday, fewer for shopping. Americans now require a passport to travel outside the country and many don't have one. It seems the one sided relationship will continue. One imagines if it suddenly became much cheaper and much more vibrant on the shopping side, North Dakotans would flock across. Alas, it has never been that way.

Manitoba pays little attention to North Dakota politics. It should. Over the years, with a cross the board federal presence of Democrats, we found that Pomeroy, Conrad and Dorgan were no friends to Canada on trade. In short, they hammered us.

Like many Canadians, Manitobans probably skew more Democrat save for a number of Harper Tories who attended the Republican National Convention. In terms of trade and movement of people, the Democrats have not exactly been friendly to us. Some say that Barack Obama appears to have little interest in furthering the relationship with Canada and some academic papers have been written on the subject. Still, we are used to this as we saw that George W. Bush had a single minded interest on Mexico.

In contrast to the Democrats, Senator John Hoeven is a leading advocate for the Keystone XL pipeline. Ultimately, Kent Conrad broke with his party to vote for the pipeline but was undecided right up to the end.

The focus this years for Election 2012 will be filling Kent Conrad's seat. The Democrats and Republicans are fighting hard. For the Democrats, the torch bearer is Heidi Heitkamp, the former state attorney general.  Her links to the energy industry is a far cry from past Democrats linked strongly to agriculture. She has no hesitation supporting Keystone XL.

The Republicans have turned to Representative Rick Berg, a former real estate developer and state legislator. Only two years before Tea Party supporters helped him defeat Earl Pomeroy in the House of Representatives.

It should have been a cakewalk to the Senate. It has been a dogfight instead. The issues have been healthcare, managing the economy and the size of government. While the State has supported every republican since 1964, it has had many years of Democrats on the state and federal level. It isn't a complete right of center state by any means. It is the only state requiring pharmacists to own 51% of the pharmacy, the only state with a state owned bank and a state owned flour mill. Down right communist, don't you think?

There has been a tendency to balance the odds a bit in the state. The Republicans are in control in many offices in the state and there is probably a re-evaluation in part based on that old agricultural axiom: eggs in one basket.

A tracking of various polls has the lead with Rick Berg but Heidi Heitkamp has narrowed the advantage to only four points, practically within the margin of error.

What would be better for Canada? Hard to say. One thing is appears clear and that is the Democrat won't be the thorn in the side on trade that some previous representatives were.

One of the races to watch in November of this year.