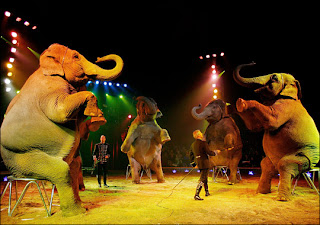 
Marty Gold started a new series on Shaw TV's Channel 9 as of May 15 at 9:30 pm. It runs 13 episodes and will examine city and provincial issues. It repeats various times during the week so no danger of missing it in a week.

It is always hard to match the strength of a radio show with what you get on TV.

Charles Adler, Rush Limbaugh and Larry King were all accomplished radio hosts before jumping into TV. It is hard to match your radio format to your radio style. Limbaugh gave up in the 1990s and now his TV appearance consists of him being filmed while doing his radio show. Adler has done TV on and off as a commentator and now has a regular show on Sun News.

Larry King has been able to match a radio style with a TV style and for a long time was part of the national conversation with his CNN show.

Marty Gold's strengths in radio broadcasting are a possible strength in TV broadcasting. I am sure we will see some fits and starts as they find their pace and style. What we see now might not be quite what we have a few episodes down the road.

TV is a visual medium and Gold has promised City Hall and Legislature video. Punctuated with his observations, there might not be anything like it on TV in Winnipeg. Combine things with some interviews and some correspondents and the show might be must see TV.

For those not getting it on Shaw, I suspect it will be available in the days after on a website.

Here's to a new voice on TV on issues affecting us where we live. Hats off.

Thank you John for this write-up, here is the link to Episode One