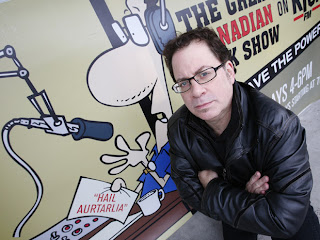 The national post has a story on the cancellation of The Great Canadian Talk Show.

Of interest to note:

Graham Thomson, the college’s dean of business and applied arts and a non-voting executive member of the board that canned the show, acknowledged that the Winnipeg Free Press contacted president Stephanie Forsyth, but denied any outside influence. Ms. Forsyth declined to comment.

“As I understand it, the president did get a communication from the Free Press,” he said, later adding that he believed the communication came from editor Margo Goodhand. “There were some concerns about Marty having taken shots at the Free Press ... I believe that the concern about the show was voiced by the president to one of our vice-presidents who is on the board.”

I have no idea what the Winnipeg Free Press involvement was but it looks like the college is acknowledging that someone from the paper was not happy and contacted the college to have something done about it.