As I have indicated, I am trying to learn all about the seven candidates running for election for the Charleswood-Tuxedo riding. I sent a questionnaire out early so that I could inform myself and two of those running have replied and I have posted the results. I have heard back from a few others saying that replies are pending. So far only two or three flyers have arrived from candidates. They had basic information and contact numbers.

In the interest of learning more, I went to the City of Winnipeg's election page. In the past, I was able to see where the candidate lived which I considered important in determining whether the person running was actually a resident of the ward. The rule used to be that you had to a resident of the municipality for six months and this continues today.

Now I'm not basing my decision solely on whether a candidate lives in the ward but I am interested if they know the local issues well and live them. In other words, I am not fussed about someone who lives close by to a ward if they are well versed in what happens in the area they are running. Still, if someone is from right across town, it might prove an issue. With that in mind, I went to the city election site to see what the addresses of the candidates are. I was surprised at what I found.

There are no addresses listed.

Initially I thought this was a reflection of candidates being duly and publicly recorded only when they were officially in the race at the deadline. I found that this was not the case.

What has happened is that there is a change in policy. I spoke to City Clerk's office and they said they will not put up the addresses on their website ever. Never. As in not now and not in the future.

I asked if this was a privacy issue raised by the Privacy Commissioner. It is not. I asked if I could see the addresses of those running and was told that I could. I just had to come to the City Clerk's office and ask to see the addresses.

I can think of no incident involving the security of a councillor as the result of their address being known.

I asked the official at the City Clerk's office that if I got the addresses for myself from their publicly available papers at City Hall and published them, would I be in trouble. I was told no.

I ask this because in the province of Ontario, The Toronto Star actually printed pictures of the mayoral candidates homes in the paper. The addresses of the candidates there are published for all to see.

In the interests of getting to know the candidates, I am publishing their addresses here and a map location.

I may include a picture of their houses like the Toronto Star did as well. 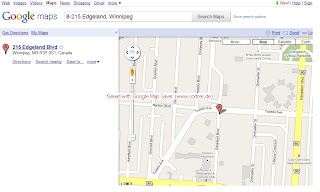 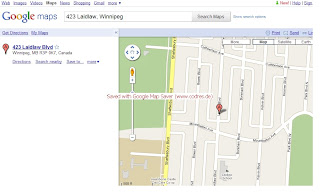 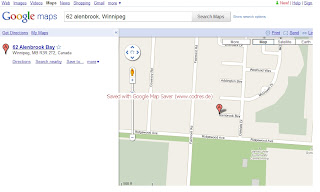 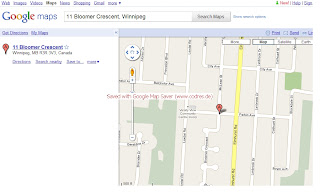 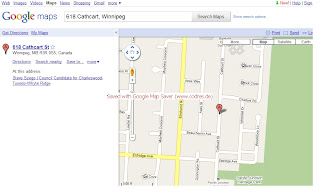 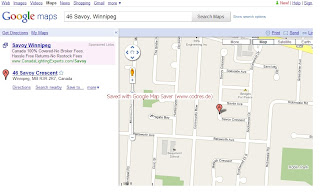 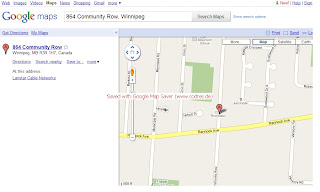 I don't necessarily have a problem with addresses, but just curious, what is the point of publishing pictures?

Would you not seek approval ? What benefit does a voter get from the picture ?

I guess since I will be knocking on every ones door and seeing how "they" live, they could see how I live.

But when you think of it whats the point ?

Be great if you did a piece on the Councillors Allowance and how it is in effect a bonus on top of what a councilor makes, now that would be the true measure of someone's character and something voters need to focus on.

I think you hit the nail on the head. Candidates knocking on doors get to see how and where we live.

The Elections Act provides the addresses so we get to know where our candidate live. Pictures tell us how they live. The pictures are already publicly available via Google mapping.

The Toronto Star published pictures of the mayoral candidate's homes.

If you ask what the point of every house in Canada being featured publicly is, I suppose you could say it is curiosity.

In terms of the voter, they make decisions on a variety of things: How the candidate speaks, looks, dresses are often as important as what they have done in life in terms of education, work and personal life. The ideas and policies talked about play a huge role but I think people can't pretend the message might be messed up by wearing a T-shirt that says "Wango Tango".

In terms of the picture of a house, the voter can see if the candidate is a hoarder, has a huge fence or has kid's bikes on the lawn.

It is only one factor of course in a total assessment but it is one that can't denied is of interest. I am still considering the idea of the pictures but the truth is that they are already out there. We have no opt out of Google pictures like the Germans do. Nor can a candidate stop someone from actually looking at their house by driving by which I know many people have done in the past.

I have been looking at the Councilor's allowances in the last day. What I am clearly interested in is full disclosure of how and who the money is spent on. I think that because it has been shielded from easy examination, it has been abused.

As far as the allowance goes, you can easily see how its spent. By easily I mean, they list it quarterly, but its not a full audit . Take for example, Browaty, he spent over 8000 for his car the last year.4 years ago it was really a task to go through budget meeting filings to dig up the previous 4 years of spending. Which is where I found the abuse.

I still don't get what a picture of a house does for a voter. if a voter is shallow enough to "look" rather than listen and make a judgement , I'm not sure I'd care for his vote one way or another. But since I am making that effort to come "see" how you live, a voter is welcome to come "see" how I live, and maybe he can help me shovel some of that 2 in. base into my driveway. But , I don't go out of my way to post pics of someones house to satisfy curiosity seekers. Just a difference of opinion I guess.

In terms of full disclosure, I do mean a full audit, one that includes mileage. It is a rule that applies to civil servants but not the politicians.

The only way around the lack of transparency and a clear set of rules of what money can and cannot be spent on, I think an independent officer is required.

Voters clearly want to know more about their councillors including on how they live. If pictures were not important, candidates would not include their own pictures in their literature. After all, what benefit to the voter is it? Are the candidates shallow to assume it as important as what they say?

I don't know that this shallow. Pictures can be extremely informative.

If a candidates doesn't believe pictures are informative and are in fact, shallow, they should stop posting them.

Thats a stretch about pics. Putting your face on a sign or showing pics of a person involved with the Community is one thing, but a pic of a house ????

Like I said, you have the address, like i have yours. You wan to see the house, take a walk like I am going to do to get to your house and see for yourself.

And I don't make a judgment based on your house because after all, you may make get the wrong impression by simply viewing a house and further, you've just made it public to the "world " which I don't.

Its a fundamental difference. But click away if you think its important enough.

I would think a candidate would learn a lot from a house as they looked at it. They could judge for themselves about whether it looked like the person who lived there had kids, liked to garden and so on.

As for the pictures, they are already available. Google Streetview has already made the picture public. I don't have to snap a picture. It has already been done.

I think any information on a candidate can be helpful to a voter.

I spend 20 seconds per house, I don't have time to look at your house.

And people wonder why Liv only received 7% of the vote....