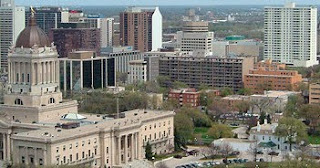 The numbers on Winnipeg rental apartments available is dismal and shows no sign of getting better.

The Spring Rental Market Survey Report from Canada Mortgage and Housing Corp. shows that not only does Manitoba have the lowest provincial apartment vacancy rate in the country at 1.0 per cent, but the average rent for a two-bedroom apartment jumped by 4.5 per cent to $816 per month between April of last year and April of this year.

It had the third lowest overall vacancy rate among the 35 major Canadian cities surveyed, also at 1.0 per cent, the CMHC data shows. And the 4.6 per cent increase in the average rent for a two-bedroom apartment in Winnipeg was the fifth biggest increase among the 35 cities.

Landlords are realizing the only was to improve the return on their investment is to renovate and be allowed to exceed the rent control limits or to convert to condos. Hardly anyone is building. There are now 673 fewer units this year than last. Only 383 units were built last year. This year looks as bad with only 155 units built so far.

Manitoba will be unable to sustain the immigration growth is to have space for the new people to live. Last year 11,029 people moved to province, many to Winnipeg.

The Manitoba government had to change their tune on a tuition freeze because the universities were about to collapse from it. And so it goes with rent control.

No one is going to build if they can't get a return on investment. And Manitoba won't grow if it doesn't have places for people to live.

We have reached a crisis on housing and the government cannot say it is acting when the numbers are so poor and where it is shown that there are fewer units available on the rental market.