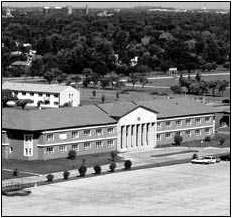 The court case for the Kapyong Barracks continues.

Federal lawyers have argued that First Nations were offered a crack at bidding for the land but didn't and now want the land given to them. The First Nations say they tried to communicate with the Feds and they didn't respond. Perhaps the truth lies in between.

The court is likely to reject that outright as the TLE clearly states that a bid might be part of the process. There is no way that a court is going to unilaterally pick one option over the other without negotiation.

The federal government has said they have the want to designate Kapyong as Strategic Land. This would have automatically transferred the land to agency Canada Lands where companies could bid to develop it. Even at this time, First Nations have the opportunity to bid on the land to turn it into a reserve.

As long as the First Nations believe the land should simply be turned over to them with no offer on it, there will be a dispute. At some point, if the court decides that enough consultation has taken place, Kapyong will transfer to Canada Lands. However, this could very well be a very long time in court figuring it all out.

The land has fallen in value but remains an area many are interested in given that Ikea is going up just down the block.