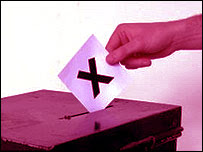 One of the federal ridings to watch for the next election will be Winnipeg South. Rod Bruinooge won it handily in 2008 over John Loewen. The election in 2006 was a squeaker with Bruinooge taking it from Reg Alcock.

Talk about the future of Winnipeg South have come to the fore following Dan Lett's column in the Free Press about Terry Duguid vying for the Liberal nomination.

Duguid was a city councillor from 1989 to 1995. He has vied unsuccessfully for the mayor's chair, the legislature and the Commons. I'm sure there will be a lot made of these past attempts. Bruinooge took two turns to win. Doer took four to become premier.

Still, it is going to be a challenge for Duguid to appear fresh and innovative for people in the riding. He will have to get up to speed on the quickly changing Winnipeg South. New homes go up all the time and new people take up residence all the time.

Anyone who says they know who their constituents are or what they believe in is probably wrong. Some believe that the suburb is more conservative and that might be true but there is no evidence that is overly conservative.

Bruinooge has staked out an even greater position on social conservative issues, especially abortion. It could hurt him with some women voters.

Duguid doesn't have Dion around weighing down his campaign. He came very close in 2006 with Martin to taking a federal seat. If Ignatieff continues at his present strength, it isn't a stretch to say that Winnipeg South will be in play. A strong performance by Duguid coupled with a better national leader and policies will help the Liberal vote in the riding.

At the moment, the factor of incumbency favours Bruinooge. He will have to be careful in regards to his own personal stance on issues being out of tune with the riding. One factor he won't be able to control is how popular Harper is. This could be the anchor around Bruinooge's ankles.