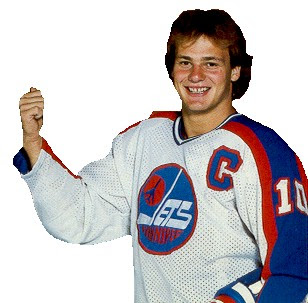 The Winnipeg Jets are featured in Canadian Business magazine this month.

As Canadian Business magazine outlines it, there are three major things that Winnipeg would need to iron out before an NHL team would be viable.

The article quotes Robert Warren as saying that he has spoken to many business people and he could find none that would pony up that kind of cash each year.

He might be right. However, he was totally wrong in saying IKEA would not come to Winnipeg.

On the issue of corporate box seats, they say that there is a waiting list of 50 ownership groups looking to buy in. It is possible that there is enough corporate support for a team, especially if it is the only major league international sports team in the city.

The question of attendance comes up. The average attendance between 1989 and 1995 was 13,138. The MTS Centre has a capacity of 15,003 seats. It would be the smallest arena in the NHL, roughly 542 seats smaller than Nassau Coliseum where the New York Islanders play.

Now, the issue of how many seats the NHL actually sells has been questioned in recent years. Lots of seats seem to be unloaded. Many games seem to have fewer fans than a Moose game. Corporate seats probably push up game day attendance but it is clearly not visible when the cameras flash by the stands. Where are the people?

Mythbusters details how a large group of teams give away anywhere from 1000 to 2000 seats a game.

One thing that people don't talk about in terms of the old Winnipeg Jets attendance was that there were always rumours about free seats given out by Winnipeg Enterprises. I have no idea if that number was small or large but I can recall grumbling from the Jets management about they weren't always certain if Enterprises was letting in a lot of people.

There have been a few people who say the MTS Centre is cramped. At 15,003 seats, it probably is in the upper decks. I can't imagine a NHL team coming without some sort of planned upgrade to add 1000-2000 seats and more bathrooms and concessions.

On the issue of salaries, it is obvious the NHL still has an unrealistic approach given how many teams are in trouble. The website Mythbusters says Winnipeg can handle it along with revenue sharing but I think it would be a tough slog to keep up and stay competitive.

In the meantime, Winnipeg should be patient. It has an arena, an ownership group and a reputation for hockey. At some point the league might be coming to it because of problems with a franchise.