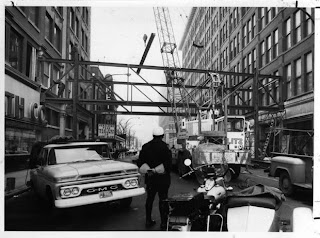 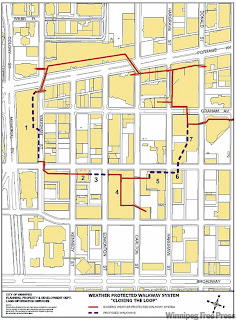 Picture 1: Construction of the first link of the Winnipeg Walkway from Eaton's to the Somerset building

Picture 3: Picture of the plans for the Winnipeg Walkway

The Winnipeg Walkway System is modelled on the Minneapolis Skyway which began in built in 1962 and now encompass 80 city blocks and runs five miles.

Winnipeg's first overhead walkway was constructed in 1969 between Eaton's and the Somerset building where Woolworth's was located.

It has been a slow process linking up Winnipeg buildings. The problem, in short, is that there have often been gaps where there was no building to link. The downtown has a surfeit of parking lots.

The other issue is money. Many of the landowners seem to want the government to pay the bill for the overhead walkways. Mr. Christian has as good synopsis of the development of the walkways.

The plan for the $6 million walkway expansion is described on the city of Winnipeg website.

Walkways are not pretty. Underground ain't pretty either but those are two options for cold climates for people to walk places without donning a coat. I have no problem with linking the downtown. However, I do have a problem when the walkways are as ugly as we have seen.

Linking buildings is no substitute for abandoning the street level. The city needs to make greater efforts in this department. 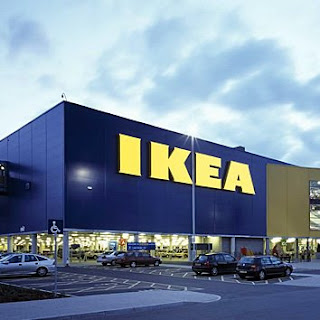 Well, it has finally happened.

Ikea is coming to Winnipeg.

It will be one of the largest stores in Canada at 350,000 square feet. It will anchor as major tenant in an even larger 1.5 million square foot development.

The site is where the former CN Intermodal Terminal once called home. It was the bane of my existence for many years as each time I came home from work, I would face a long line of trains.

We finally have an underpass after the Waverley one was cancelled by Mulroney in the 1980s.

I like Ikea. Unlike some of the snobbery I have heard in some quarters, I think their presence is a good one. They are a tourist attraction and offer unique furniture.

The location is big enough for them and will accelerate much needed work on Kenaston which needs work with the construction of Waverley West moving ahead quickly.

When the Kapyong Barracks gets redeveloped, we are going to see Kenaston is ill equipped to handle the flow. The work is needed now and more will be needed as traffic continues to increase.

Funny, how two of the biggest tourist attractions announce their plans in the same week. Harper will be in Winnipeg on Friday to put shovels in the ground for the Human Rights Museum.

The Tuxedo Safeway became the primary Safeway for River Heights Tuxedo residents when the Safeway at Corydon and Lanark closed in the 1970s.

As mentioned in part 1, the Tuxedo Park Shopping Centre has been around since 1962.

Safeway and the Bank of Montreal have been mainstays of the shopping center from the beginning. In 2008, Safeway just finished renovating its interior to bring it to the standards of stores as seen in Charleswood, Osborne Village and their newest location at Madison Square (the second largest location in the province as announced by managers on their opening December 11).

A number of stores and restaurants have come and over the years but a few have stood the test of time. Rumors Comedy Club has been around since the 1980s. The bar that occupied the place in the early 1980s was called Kappy's. Many of the greatest comedians working in North America have worked at Rumor's. Every so often a comedian guesting on a talk show like Leno or Letterman will list where they are playing and you'll hear Rumor's listed. It is now the only comedy club standing in Winnipeg.

Shopper's Drugmart is another long term tenant. The sit cheek by jowl with Safeway cramped in a corner of the mall.

A Laura Secord store is a major tenant of the mall although I don't know the exact day they moved into the location.

Other major tenants include a Sal's and a Liquor Mart.

A Shell gas station and car wash has occupied the corner where Tuxedo connects with Corydon for decades.

The second floor of the mall has numerous professional offices but the majority seems to be occupied by dentists.

In 2008, renovations of the exterior of the mall began (including a redesign of the Safeway). Some old tenants such as the Mac's departed.

A new addition to Tuxedo was a Starbucks. Only months earlier, a Starbucks was built just down the street in Charleswood.

The Tuxedo Shopping Centre has been an important part of the commercial infrastructure of Tuxedo/River Heights for many years. As more of the local grocery stores, pharmacies and banks closed in River Heights, this area became one of the main spots for residents to come for those services. It continues to serve that need but a building that seems awkward for the space.
Posted by John Dobbin at 5:25 PM 4 comments: