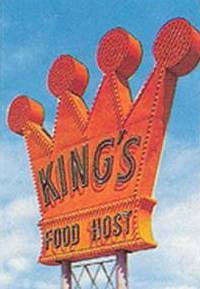 King's Food Host on Pembina Highway was the only location for a mid-western chain of restaurants in Winnipeg. It stood on east side pretty much where Shopper's Drug Mart stands south of Point Road. The restaurant stood from approximately 1970 to 1974 and was famous for Cheese Frenchee Sandwiches.

The chain was started in Lincoln Nebraska in 1951 by James King and Larry Price, it would later be Price to continue the King's name in 1970 when his partner left the business. A franchise would open a year later in 1961 and a franchise system would be in place by 1968. In two years the restaurant group grew to over 100 locations in 17 states and one province. That one province was Manitoba. 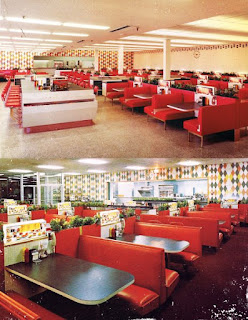 The red booths and larger curved ones for family groups were perfect family fare. And the food they served was priced in the same category. 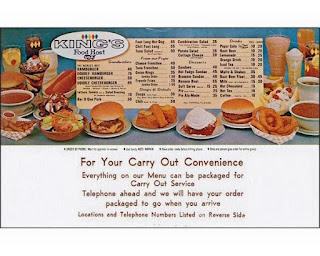 The menu was decidedly burger joint and their Cheese Frenchee Sandwiches.

What appealed to kids was that you put your order in by table-side phone. You would call it in just as you might from a drive-inn. Parent's would often hand the phone to kids to call the order in. 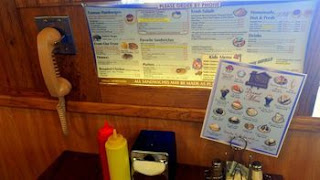 Alas, by 1974 King's started to have financial problems in the States. McDonald's and others were increasingly expanding and winning the family market. In that year King's quietly closed and a number of other restaurants called the location home in years after before Shopper's arrived.
Posted by John Dobbin at 10:14 AM No comments: 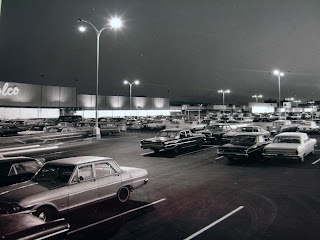 The land where Grant Park Shopping Centre was near the end of the line for Winnipeg. The Grand Trunk Rail line (later CN) was built in 1908 and was bush country beyond River Heights and Fort Rouge. But it was also Rooster Town and it existed as a Metis community from 1920 to around 1961. It was housing not connected to water or roads and the people were vulnerable. It is difficult to say if any of the people lived or worked nearby thereafter.

In 1962 land was broken to create Grant Park Shopping Centre which was a series of detached stores along what would become Grant Avenue. The entire area was experience post World War II growth at an an accelerated rate. The mall itself opened in 1964.

The stores were originally detached. Safeway, Dominion and Clarke's were some of the original stores. Woolco was added in 1966 and triggered a court case with Clarke's that went all the way to the Supreme Court. The decision went to Woolco and triggered even more work to enclose the mall so that stores were connected together like a true mall.

The above picture is from 1969 and Woolco has been there for three years but this year is the first that is attached to mall. The below picture is also from 1969 and shows the corridor with Pizza Place on the right. The new movie theatre is immediately right in the picture and the corridor to the left leads to the Manitoba Liquor Control Commission (simply called The Commission) and the Imperial Bank. The bank is still there as CIBC and MLCC is now in a different place called the Manitoba Liquor Mart. 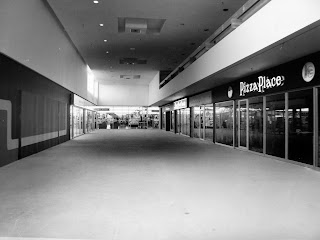 Pizza Place lasted through many decades and might have lasted a lot more. The multi-year renovations and store closures of Woolco, Zellers and Target were brutal. Many retailers inside moved a number of times. A few of them failed as a result of so many changes.

Grant Park certainly has gone through a dizzying array of changes from the day is has been built. However, today's Red River Co-op, Canadian Tire and Goodlife additions may represent a time of stability for the mall.

In 1969 the movie theatre opened and the entrance to it was through the mall. It was Winnipeg's first Cinerama theatre with a curved screen. The theatre was a 742 seat hall and was one of the more comfortable places to see a movie in the city. 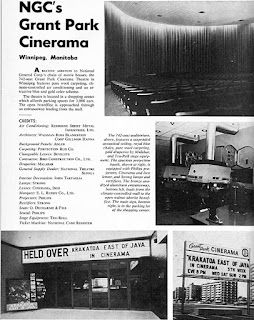 The first movie was a special effects wonder called Krakatoa and had Winnipggers coming to check out for weeks for both the movie and the theatre. 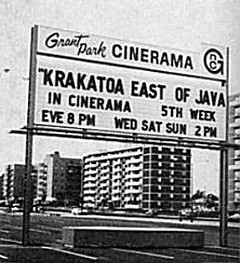 By 1969 there were many towers surrounding the mall and across the street. South River Heights had filled in. And Woolco was the perfect suburban store with its candy section and Red Grille restaurant.

And in 1969 when the whole mall became enclosed, there was steady traffic down the corridor past the Pizza Place to Woolco.

The parking lot outside Grant Park would be largely just parking till the 1970s when McDonald's among came to town. Today there are restaurants the entire roadside.

The movie theatre became a multiplex in 1989 and has since been re-configured a few times and is now Landmark which could be one of the poshest movie houses in town except for VIP service.

As of the end of 2019 with Red River Co-op grocery store renovations ending, Grant Park is probably going to have some stability after years of renovations. Pizza Place which became Autumnbee's Pizza for a short time remains empty. It remains to be seen if anyone is willing to take a chance on it as a restaurant again.

Grant Park has evolved with suburbia and still remains popular with young and old.
Posted by John Dobbin at 11:02 PM 2 comments: 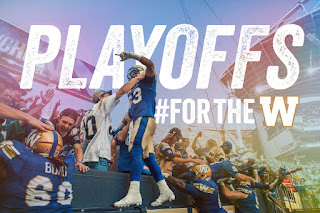 The players have had it the last number of games. And they had in the Grey Cup final in Calgary this past weekend. Play and play, they smiles, the laughter and sheer joy was seen on the faces of the players as well as the fans.

In recent years, they added people here and there in coaching or players. A few free agents, a few good drafts, some development. Brought Winnipeg players on who really get what this is about in terms of commitment. Even with all that, the curse of injuries or encounters with teams that seemed unbeatable confounded the Blue Bombers. It is kind of crazy that 28 years just seemed to pile on.

As been mentioned, hard times have ebbed and flowed in Manitoba. By 1990, deep cuts were happening at all three levels of government. The early 1980s had been hard but we seemed to finish the decade a bit better. The 1990s hurt. People had been leaving in the 1980s. By the 1990s they were pouring out of the province. As bad as parts of Canada was cuts, Manitoba seemed to be worse.

And the football teams go to the show in the early part of the decade and then stopped. To top it off, the Jets left in 1996 and we were the arson/murder capital that was on its knees. In 1997, the whole province flooded and we nearly lost the city.

Slowly, we crawled out of recession, deficit and tried to find our economic footing. In 1999 we felt that pride again when we hosted the Pan Am Games and did a great job. We hosted World Junior Hockey and curling events but try as we might our football team couldn't win the big one nor could our AHL Moose team and we were a long way away from getting the Winnipeg Jets back in 2011.

In recent years the return of the Winnipeg Jets has stolen Bomber thunder. The Winnipeg Jets street parties showed just how much the city was craving to celebrate together. And boy did they ever with thousands upon thousands coming out.

This year's march to a Grey Cup was very much something that was won on the road. Signs across the city made the hashtag of For the W trend. Winnipeg fans almost feared to hope. Injured quarterback, young quarterback trying, a doping scandal, a record reflecting a good but hard to measure as great team. 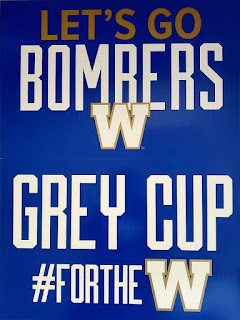 The arrival of Collaros was promising but he too had suffered terrible injury and no one knew if he really was out of the woods. In the end, the team showed a level of collaboration and drive and joy of playing that wouldn't be denied.

We are already seeing some of the talented coaching staff being hired away. Some quarterbacks are likely to go as well and free agents. Still, the monkey is off the Bombers back, they had a great win and the resulting parade, social and family day showed just how much happiness the city felt for bringing home the Grey Cup.

It has been a tough number of years for Manitoba and not just in sports. For every bright spot we sometimes seem to be hit by setbacks. It isn't lost on anyone the desperate addiction and crime wave recently. And yet for a brief moment, we had joy and that brings out even the saltiest of us out to Portage and Main.
Posted by John Dobbin at 9:40 PM No comments: