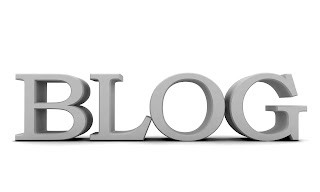 It has been written a few times the blogging's golden age was maybe two years ago and that things appear to be getting worse and worse.

We have seen a number of blogs locally that I have loved close down. Fewer start up, it seems. Many have migrated to Twitter or other social media.

I try to follow Twitter but as I don't own a cell phone, I don't see many Tweets. I think the immediacy of the medium, the shortness, the chance to snark is probably the attraction.

It is a rushed world and we chose to get our information like McNuggets.  Little bites here and there and a lot of time wasting done in grazing.

I won't criticize how we spend our leisure time. A lot of it is with family and friends.

I continue to blog as I continue to have something to say. In recent months, the blog gets between 15,000 and 20,000 visitors. It peaked in January with just over 25,000. Not all come to read my posts. Some use the site as a link to other blogs. I don't mind as I used to do the same thing with blogs with great blog rolls.

Google seems to be reeling in blogs at the moment. They have deleted music blogs even when the music received permission from the artists to post. They have indicated they will be eliminating any content they deem not fit for the site as well. The word is that they will end Google Reader which people use for their blog feeds.

The New York Times has started to end many of their blogs.

It is probably not lost on many journalists that being paid to write as a professional is hard work. I don't know that blogging is part of their assigned tasks. Some do it probably just to create some insight or express a view that otherwise can't be written in an article.

I expect blogging will continue but there is a possibility that we might see increased intervention from site owners and perhaps even shutdown of entire sites. I hope I get warning if that actually happens. It seems that those who write might be at the mercy of those who own the sites.

For the time, I will continue to write. Sometimes the Free Press picks up one of my blog posts for the Sunday paper. I guess it should be pointed out that none of the blog's get paid for that. Someone asked the other day so I figured I should say straight up.

I will choose topics that continue to interest me in Winnipeg and beyond. Expect to see more posts on business, politics, culture and what's happening around town.

I have heard from a few people who like the bold for emphasis of certain things and others who say they hate it. I will stop using it for a while and please advise how it all looks. Likwise, I sometimes post after very long days. I do try to proofread but tiredness makes me miss things. I do often correct typos or missed words when advised.

I had posted my blog elsewhere as sometimes other people were posting it. I won't be doing that anymore. People are free to post it as they wish but a lot of sites don't like that. It is surprising sometimes where I see blog traffic coming from.

As always, thanks to those who read what I write. Not going anywhere so expect to see more posts for some time to come.
Posted by John Dobbin at 11:48 PM

Email ThisBlogThis!Share to TwitterShare to FacebookShare to Pinterest
Labels: blogs

It is too bad that blogging has diminished in favour of tweeting. For those blogs that remain active, though, the quality of the posts remains high. perhaps what Twitter has done was eliminate "quickie" posts, leaving ones that require more research.