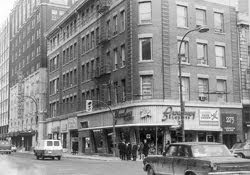 Two year ago, Polo Park celebrated its 50 anniversary. As reported in the Free Press, there were some original tenants still calling the place home. That number is dwindling as Zellers will be re-branded Target soon and Broadway Florists finds itself squeezed out.

More and more local and Canadian retailers are seeing themselves cast out of the premiere mall in the city in favour of American and international retailers. While there is still Canadian content in Polo Park, the one thing you won't find anymore is a florist.

The family owned Broadway Florist, a city force since 1923, did not get the lease renewal that had automatically happened their entire time at Polo Park. The 1000 feet main floor retailing spot and the 2000 square foot basement storage was withdrawn favour of 600 foot space beside Scotia Bank. Oh, and forget about the basement anymore too.

Not good enough for the Cholakis family who looked elsewhere and bought the Academy location where florists have existed for 60 years. At present it is Villa Flora. However, it used to be home to another longtime Winnipeg florist, Academy Florist. 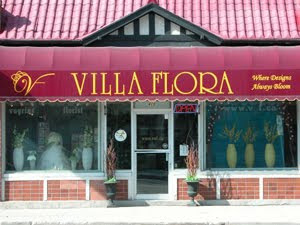 Aside from Broadway Florists, Ben Moss has also moved in the store to a more central and larger location. They are using a new design that is being unrolled to the rest of their 63 locations.

The second location of Bath and Body Works just opened as well.

The big empty space of McNally Robinson will be occupied by Urban Planet. No word on whether they will use all 20,000 square feet of it.
Posted by John Dobbin at 5:38 PM