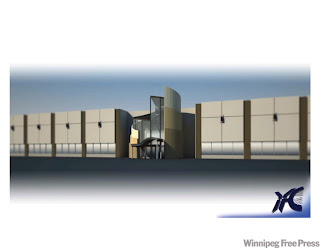 It is almost guaranteed that City Hall will come up with an idea that will cost lots of money, appear to have to no planning behind it and that requires an instant decision. And so it goes with the Youth For Christ building that is planned for Higgins and Main.

There has been some debate about all of this in the last days but I have to agree with what many people have said: Where is the process? Quite honestly, there isn't one. Expect to see more of these sudden announcements because there is in plan ay City Hall.

Now...on to the design of the building. Ew. It looks like a new victim for taggers to paint their names on. It is not in the least friendly to Main Street. A mugging can happen outside the fortress walls and no one would know since the building is inward looking rather than outward looking.

myspace hit counter
Posted by John Dobbin at 8:31 AM No comments:

Email ThisBlogThis!Share to TwitterShare to FacebookShare to Pinterest
Labels: downtown 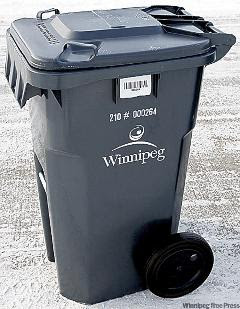 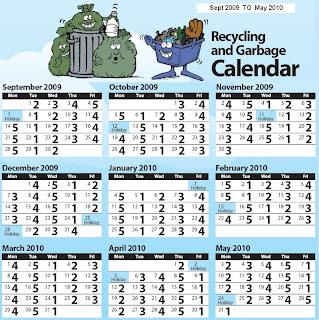 The garbage bin issue was bound to explode as soon it was announced. If the bins had been placed in River Heights, Sam Katz would not have had a chance of being re-elected.

Almost instantly the problems of families and garbage surpassing the bin's capacity came up.

Is there any way they can mess up more on programs? It is like their bins in other areas serving multiple homes. They just become dumping grounds for contractors a day after they are emptied.

As I said, they don't try this in River Heights or they'd pay a price at the ballot box.