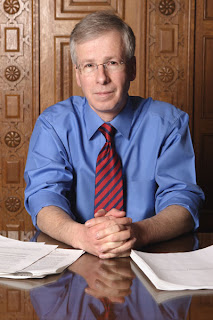 As I predicted, the Tories won the election. Equally predictable was that Dion announced a week after the election that he would be stepping down.

Harper now has a slightly bigger minority. It must be a bitter pill for him to swallow. He kept saying that he expected a minority but it is doubtful that he believed it. A number of times he made a plea for a minority but to little avail.

It didn't quite work out that way. The smooth Harper campaign of 2006 turned to a gaffe filled affair in 2008. And the narrow focus the Conservatives placed on the Liberals left them vulnerable in Quebec. They badly fell to a resurgent BQ who cast themselves as best suited to represent Quebec's interests in Ottawa. Dion's performance probably helped them capture two BQ seats.

In the end, nothing much has changed and the Liberals now face the prospect of a new leader in the next six months. We'll see if Harper looks to take advantage of this fact as Dion will stand as interim leader till at least May of 2009.

It seems doubtful that an election will wait till the next fixed election.